This is a guest post written by Justin (okay, it was edited by Patrice)!

It's been about two weeks since my 23-day adventure on North America’s highest peak concluded. I think Patrice did a wonderful job piecing together bits of information to keep you all informed on my team's progress on the mountain, but I thought I'd dive a little deeper into how it really was for me. 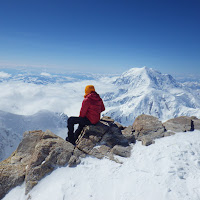 Stopping a mere 500 feet from the summit was very much a dissapointment for me. I have dreamed about climbing Denali since I worked in the backcountry of Denali National Park in 2004. Since 2013, I built up my skills with climbs of Rainier and Shuksan and beefed up my wilderness certifications. I truly worked hard to train, educate and be able to attempt this beast. 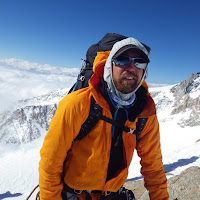 However, mountaineer legend Dave Hahn says, "It is not the summit that’s important… It is the trying that is important." And I believe this is true. I pushed my limits and learned a ton. I endured intense weather. Every day, I helped shoulder the back-breaking work of hauling heavy loads uphill, then facing 2-4 hours of building camp, which involved cutting ice blocks with a saw and building walls around our tent. I always reinforced camp when we were in our holding pattern during foul weather, which meant waking up every hour to dig out our tent and make sure it didn't collapse. 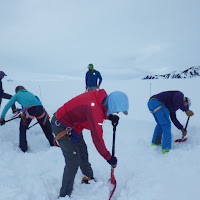 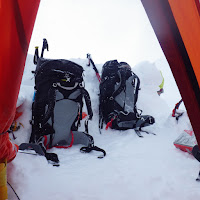 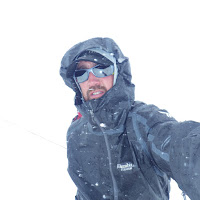 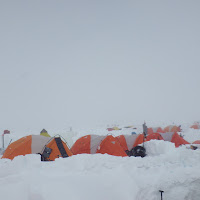 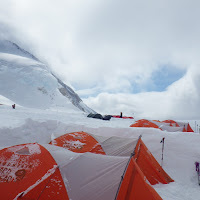 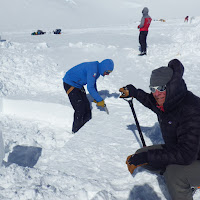 Sure I wish I summited with my team--everyone wants to bag the actual summit--but I have no regrets on following my gut instinct and prioritizing my own safety. Plus, for someone who has a record of successes with thru hikes and climbs, it is humbling to have a few failures. 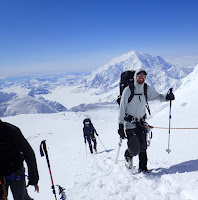 When I reflect on my climb, I can see how things stacked up leading to my decision not to summit. They say the mental demands of climbing are just as tough as the physical. They are right.

Perhaps the most difficult aspect for me was being away from Patrice and having virtually no contact. As you know, we spend every waking moment together in work, play and everyday life. Having our team break up for 23 days was one thing, but the most brutal part was having no contact. I did have the SPOT satellite transmitter, but it was only one-way communication that allowed me to let her and all of you know where I was on the mountain. No reciprocal communication. We debated about buying a Delorme InReach 2-way communicator, but of course we didn't pull the trigger. 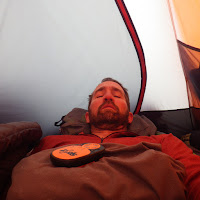 I had no idea how she was. She admits she was a wreck. She was stalking everything Denali-related: weather reports, guide blogs, individual social media accounts. She heard reports from other expeditions and friends on the mountain about rescues, frostbite and even death. Not hearing from me and not knowing how I was worried her (and my mom) endlessly. 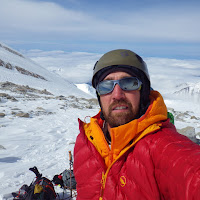 It all started in Denver when I was packing up to leave. My mom's grim remarks and sending me off with a letter that talked about death and not returning definitely got in my head. 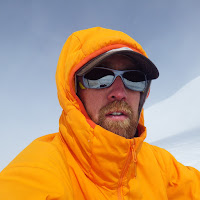 In Alaska, I met up with Bobby, my climbing and adventure partner of many years. We had been talking about this for years. As much as I wanted to climb Denali, I was relieved when Bobby said he would join me. I knew during rough patches on the mountain we could count on each other for support. We would be on the same rope team, in the same tent and get along great. 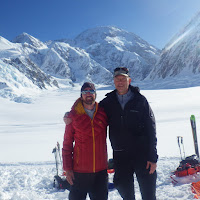 So when Bobby left the expedition for his own personal reasons, I was truly distraught. I supported his decision, but it took me some time to grasp that the next 2-3 weeks, he would not be there. Obviously, you get to know your teammates pretty well while sharing confined spaces. But I no longer had that support, help and comfort of someone you know like a brother. My tent mate was a nice lady from NY, but unfortunately, I was the one to primarily build and dig out camp. 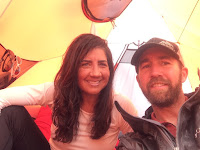 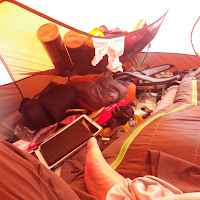 I also questioned my abilities. Bobby is a much better climber than me and had more skills than anyone else on the team. If he could not do this, in mind I thought there is no way I could. 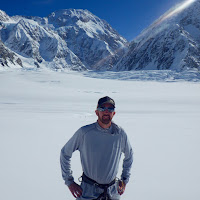 This thought came full circle the last few days leading up to our summit. If I am being honest with myself and with you guys, my head was no longer in the game after moving up to High Camp at 17,200 feet. I lost a lot of stamina withstanding 11 days of the lethargic waiting game at Camp 3 (14,200 feet). It was long and boring. The weather was some of the worst the guides have ever seen on the mountain--three huge winter storms with 8+ feet of snow and record-breaking 80+ mph winds. Two more team members had to leave the expedition. I also watched several medevac helicopter rescues of other climbers with severe frostbite. At this point, less than 50 climbers made the summit with the success rate hovering around 20 percent. 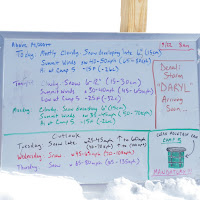 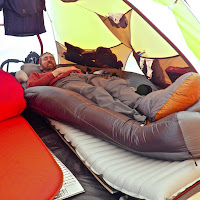 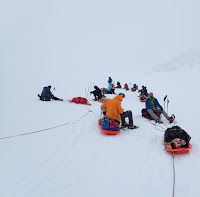 We spent 2 nights up at High Camp (17,200 feet). My female tent mate and I squeezed into a tent with one other person. A good analogy would be jamming 10 Sumo wrestlers into a Fiat. Both people also snored, so adding that fact to my racing mind, I did not sleep. Plus, the altitude finally caught up to me. Even the spryest among us were like elderly salmon swimming upstream. Simple tasks like eating became monumental projects. 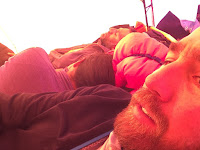 Still, on June 1, I nervously downed warm, caffeinated drinks and donned my warmest clothing along with my 5 other teammates. Summit day was not only 12 hours long, but the most dangerous terrain. I certainly was not feeling confident in my skills. My guide was being very critical of my breathing and walking. After the plateau (rightfully called the "Football Field"), we started up Pig Hill, about 100 vertical feet of climbing. By that point, I couldn't hear the words coming from my guide. He instead sounded like Charlie Brown's teacher, "wha wha wha." I was tripping on every step. I knew I could summit, but could I get back down? Would I jeopardize the safety of my team?

And with that, I made the difficult decision to stop. The summit was tantalizing close and I watched my teammates hit it. 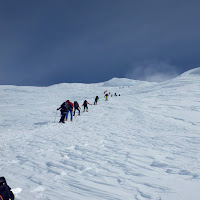 To say this was the most arduous task I ever attempted would be an understatement. I knew this was not going to be a cake walk, but it was harder than I ever could have imagined. As I said, it was the most beautiful, terrifying, educational and mentally altering experience of a lifetime. I would not trade the ups and downs, the highs and lows and what I learned about myself, because the journey was truly good for my soul.  Plus, this mountain, and plenty of others, will always be there.

Stay tuned to hear my top 10 list of biggest surprises on Denali!